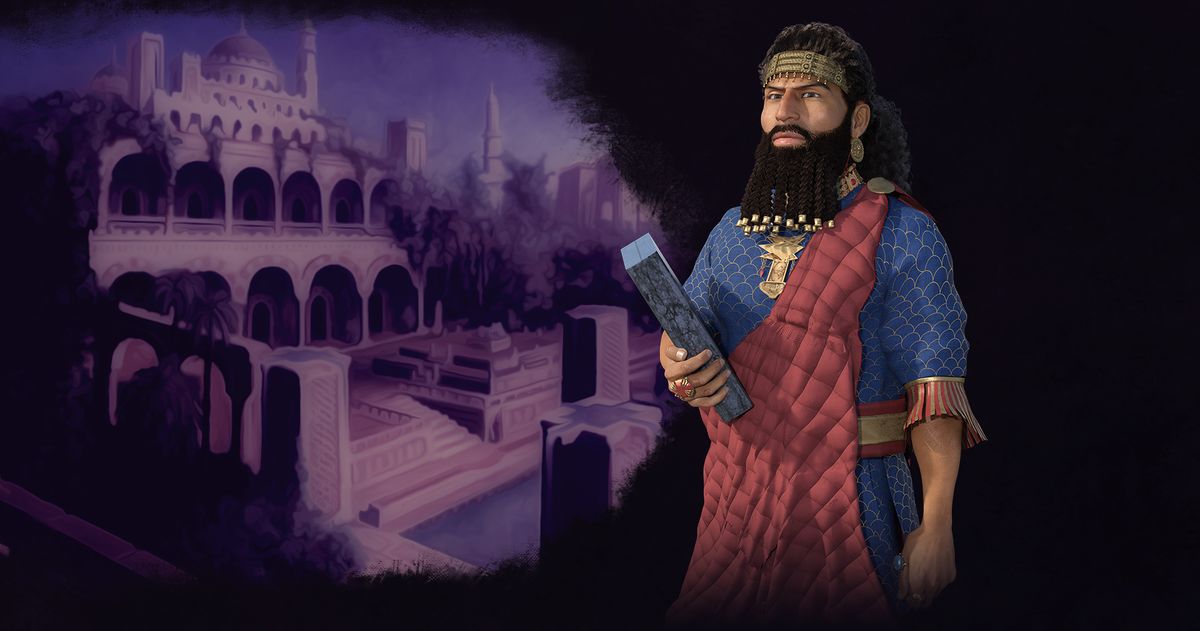 Nabonidus is an Assyrian king.

He adopts Assyrian titulature and boasts of having

the Assyrian kings as his “royal ancestors”.

This is what I wrote some years ago now to Johnny Zwick, sysop of the California Institute for Ancient Studies (then www.specialtyinterests.net/), regarding my projected realignment of late Judah with neo Assyro-Babylonia:

My connecting of Hezekiah of Judah with Josiah went down like a lead balloon amongst the few to whom I sent it. (See Pope’s valuable effort at: http://www.domainofman.com/book/chart-37.html)

[Comment: I have since re-done this properly in my article:

So here is the next phase. I would not actually call it a bombshell.

Nabonidus is said to have had two major goals, to restore that Sin temple and to establish the empire of Babylon along the lines of the neo-Assyrians. Once again, Ashurbanipal is particularly mentioned as being his inspiration.

Nabonidus was not singular in not taking the hand of Bel in Babylon for many years, due to what he calls the impiety of the Babylonians. Ashurbanipal (and now you will notice that he keeps turning up) could not shake the hand of Bel after his brother Shamash-shum-ukin had revolted against him, barring Babylon, Borsippa, etc. to him. He tells us this explicitly.

Nabonidus is not singular either in not expecting to become king. Ashurbanipal had felt the same.

So, basically Nabonidus is Ashurbanipal during his early reign. They share many Babylonian building works and restorations, too.

Nebuchednezzar is the Babylonian face, while Ashurbanipal is the Assyrian face.

The great Nebuchednezzar has left only 4 known depictions of himself, we are told. Ridiculous! Add to this paltry number all of the depictions of Ashurbanipal.

The last 35 years of Nebuchednezzar are hardly known, they say. Add Ashurbanipal (whose lack also in places is supplemented in turn by Nebuchednezzar/Nabonidus).

It is doubted whether Nebuchednezzar conquered Egypt as according to the Bible. Just add Ashurbanipal who certainly did conquer Egypt.

The many queries about whether an inscription belongs to Nebuchednezzar or Nabonidus now dissolves.

It was Nabonidus, not Nebuchednezzar, they say, who built the famous palace in Babylon.

Looking for a fiery furnace? Well, Ashurbanipal has one. His brother dies in it.

“Saulmagina my rebellious brother, who made war with me, they threw into a burning fiery furnace, and destroyed his life” (Caiger, p. 176).

Whilst, in conventional terms, Nebuchednezzar II did not begin to reign until c. 605 BC, about 80 years after the death of Hezekiah (c. 686 BC), according to the revision proposed [here], Nebuchednezzar’s youth would have overlapped with the late reign of Hezekiah.

Little did I realise at the time, when invited in the Year 2000 by professor Rifaat Ebied to choose between the era of King Hezekiah and the era of King Josiah for the subject matter of a doctoral thesis (for more on this, see:

King Hezekiah of Judah and his amazing contemporaries

explains the revision that I have more recently set out for the later kings of Judah.

But so radical a revision of Judah must needs be accompanied by, for instance, a similarly radical revision of whoever Assyro-Babylonian dynasts were contemporaneous with these kings of Judah. Amongst the articles that I have written on that score are:

Aligning Neo Babylonia with Book of Daniel. Part One: Shortening the Chaldean Dynasty

and the more important:

The upshot of all this is, in the case of the Nebuchednezzar the Great, that his life now comes within close range of King Hezekiah.

Whilst, in conventional terms, Nebuchednezzar II did not begin to reign until c. 605 BC, about 80 years after the death of Hezekiah (c. 686 BC), according to the revision proposed above, Nebuchednezzar’s youth would have overlapped with the late reign of Hezekiah.

And, if the Jewish tradition be correct, that the future Nebuchednezzar II himself had participated in Sennacherib’s ill-fated campaign at the time of king Hezekiah – quite a chronological impossibility in conventional terms – then Nebuchednezzar may even be the wrongly-named “Bagoas”, who was second-in-command to (Ashur-nadin-shumi =) “Holofernes” himself. See e.g. my article:

An early glimpse of Nebuchednezzar II?

Now, if Sennacherib’s eldest son, Ashur-nadin-shumi, was “Holofernes”, the leader of the disastrous invasion of Israel by the 185,000 Assyrians, then who was – where was? – Esarhaddon in all of this, he being the son who would most unexpectedly succeed Sennacherib? Well, if Nebuchednezzar had in fact been personally involved in this campaign, as according to Jewish tradition, then that, too, is where we must find Esarhaddon, at least if I am correct that:

Esarhaddon [is] a tolerable fit for King Nebuchednezzar

“As we know from the correspondence left by the roya1 physicians and exorcists … [Esarhaddon’s] days were governed by spells of fever and dizziness, violent fits of vomiting, diarrhoea and painful earaches. Depressions and fear of impending death were a constant in his life. In addition, his physical appearance was affected by the marks of a permanent skin rash that covered large parts of his body and especially his face”. (Karen Radner)

Esarhaddon a tolerable fit for King Nebuchednezzar. Part Two: Another writer has picked up this possible connection

In a multi-part “Nebuchednezzar syndrome” series, I have listed and described a number of Assyro-Babylonian (and even supposedly Persian) kings who have the earmarks of the biblico-historical Nebuchednezzar: dreams; illness-madness; interfering with rubrics; building Babylon; invasion of Egypt, megalomania; fiery furnace; revival and ‘conversion’:

Esarhaddon, in particular, seems to ‘scream out’ to be identified with Nebuchednezzar.

It was only late in this series that I realised that I even had to include the Babylonian, Nabopolassar, in the list. He is generally considered to have been the father of Nebuchednezzar. “Nebuchednezzar syndrome” features (not listed above) that I began to pick up with Nabopolassar were other common ones such as, not expecting to be named king; and an almost fanatical precision about foundation alignment.

the prophet Daniel. The fragment, found in a cave located along the cliffs overlooking

the Dead Sea, is known as the “Prayer of Nabonidus.”

Apart from the many “Nebuchednezzar syndrome” parallels, see Part One:

https://www.academia.edu/39005954/The_many_faces_of_Nebuchednezzar._Part_One_Bagoas_and_Esarhaddon Nabonidus, supposedly ‘centring himself upon Ashurbanipal’, has further striking likenesses to Ashurbanipal:

and has striking likenesses to the biblical “Nebuchednezzar”:

In an intriguing article, “The Prophet Daniel”:

Fragments of a Scroll found near the Dead Sea likely makes an amazing reference to the prophet Daniel. The fragment, found in a cave located along the cliffs overlooking the Dead Sea, is known as the “Prayer of Nabonidus.” The artifact, which  doesn’t seem to draw much attention in Biblical archaeology circles, is actually very important. First of all it is a copy of a scroll written in the language of Babylon, Aramaic, not Hebrew as in the case of the majority of the Dead Sea Scrolls. Aramaic was the language spoken in ancient Babylon. The reason this is important is because Daniel the prophet was educated in the Aramaic language of Babylon. We found this stated in Daniel 1:4 and in Daniel 2:4.

There is also evidence that the original book of Daniel from chapters 2:4 through chapters 7:28 were also written in this ancient Aramaic language known as Chaldee (the language of Babylon), the same language used in Babylonian documents of the 7th century B.C.

This evidence comes from other Dead Sea Scroll fragments found of the book of Daniel. These fragments confirm the fact that the events spoken of in the book of Daniel were written down by Daniel in ancient Aramaic during the time of his captivity in Babylon.

Now the text of the “Prayer of Nabonidus” is an account of the Babylonian king Nabonidus, the father of the Biblical ruler Belshazzar. In his account, Nabonidus had come down with a disease while away from Babylon at his stay at the oasis city of Teman in Saudi Arabia. He prayed to his false gods and idols of silver, gold, wood, stone and clay, but to no avail. So he sought the help from a Jew who was part of the exiles taken into captivity back to Babylon. This Jew tells Nabonidus to worship and honor the Most High God instead of his foreign gods.

‘But in all this time was not I at Jerusalem: for in the two and thirtieth year of Artaxerxes king of Babylon came I to the king, and after certain days obtained I leave of the king’.

There are two kings “Artaxerxes” with whom Nebuchednezzar appears to have a greater, or lesser, connection.

The first is Artaxerxes III ‘Ochus’, who I claim to be another of those fictitious, late production characters, a composite based upon real Mesopotamian kings – most notably Sennacherib and Nebuchednezzar.

For my own articles on the subject, see e.g:

The Artaxerxes of the Book of Nehemiah is quite a different matter.

He is a real flesh and blood king, who has been badly mis-identified and mis-dated.

He is, again, Nebuchednezzar the great King of Babylon. See my multi-part series:

Governor Nehemiah’s master “Artaxerxes king of Babylon”. Part One: Nehemiah and that ‘broken down wall’

This is what I wrote on the matter in:

King Hezekiah of Judah and his amazing contemporaries

Revised attempts at this so far do not seem to have been very successful.

I thought that I had found the perfect solution with my folding of the mighty Middle Babylonian king, Nebuchednezzar I, conventionally dated to the C12th BC – he, I then declared to have been ‘the Babylonian face’ of Sargon II/Sennacherib.

Such an identification, which seemed to have massive support from the succession of Shutrukid-Elamite kings of the time having names virtually identical to the succession of Elamite kings at the time of Sargon II/Sennacherib … had the further advantage of providing Sargon II/Sennacherib with the name, “Nebuchednezzar”, just as the Assyrian king is named in the Book of Judith (“Nebuchadnezzar”).

My more recent collapsing of the late neo-Assyrian era into the early neo-Babylonian era has caused me to drop the identification of Nebuchednezzar I with Sargon II/Sennacherib:

Aligning Neo Babylonia with Book of Daniel. Part One: Shortening the Chaldean Dynasty

Fortunately though, with this tightened chronology, the impressive Shutrukid-Elamite parallels that I had established in my thesis might still remain viable.

Having rejected my former folding of Nebuchednezzar I with Sargon II/Sennacherib the question must be asked, ‘At what point does Middle fold with Neo?’

This all awaits further potential development.