Dear Sir, I am reading your Nabonidus papers. Re: the madness of Cambyses, this is a story made up by Darius to justify his seizure of power from the sons of Cyrus. Cyrus would have known if Cambyses was prone to madness and would not have entrusted the throne to him. Cambyses was not mad; he did die from a wound; but not one self inflicted for having killed the Apis Bull. The Apis Bull died a natural death and was replaced. There was no “imposter” Bardiya. Darius killed the real Bardiya and made up the imposter and Cambyses madness stories to cover up his seizure of power. Herodotus was taken in, or otherwise induced to endorse the false propaganda. Yours ….

Or is it “Cambyses” as a Persian king that has been “made up”?

For, might not “Cambyses” actually be the mad King Nebuchednezzar himself?

After all, Cambyses had (as I have noted in articles) another name, “Nebuchednezzar”.

And Nebuchednezzar also smashed Egypt – particularly in his guise as Ashurbanipal (who had a burning fiery furnace). See e.g. my series:

most relevant, in this case, being Part Two:

And his death also occurred apparently soon after he was in Egypt.

And he, too, was highly superstitious and pious.

And he, too, messed around with the traditional rites.

And I have also suggested that the Udjahorresne who had assisted Cambyses in Egypt was the very same individual as Tirhakah’s son and heir, Ushanahuru:

Tirhakah being, of course, a contemporary of Ashurbanipal (= Nebuchednezzar). 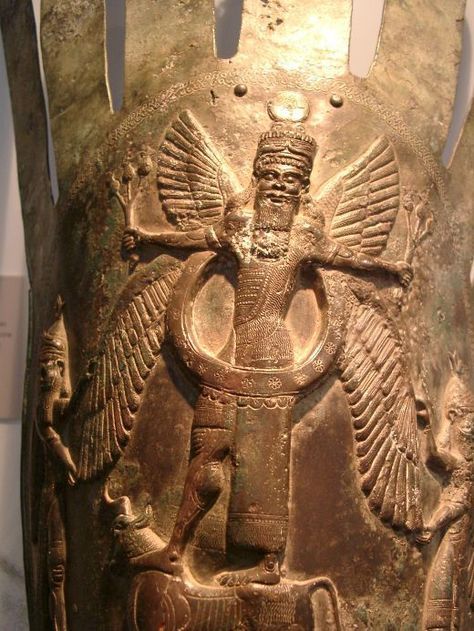 It is highly embarrassing if, as according to my revision, an incident pertaining to Marduk,

that had occurred during the reign of Nebuchednezzar I (d. 1100 BC, conventional dating),

and thought to have been faithfully imitated by Esarhaddon (c. 680 BC, conventional dating),

approximately four centuries later, was, in fact, the one and very same Marduk incident.

The potent – but at times hopelessly ill and paranoid – king, Esarhaddon, whom I have identified with Nebuchednezzar so-called II:

[Esarhaddon’s] days were governed by spells of fever and dizziness, violent fits of vomiting, diarrhoea and painful earaches. Depressions and fear of impending death were a constant in his life. …”.

but also with his namesake Nebuchednezzar I:

had orchestrated the return of the god Marduk into Babylon in a ritual fashion that was uncannily similar to the procedure followed by Nebuchednezzar I, supposedly long ago in Esarhaddon’s past. We can get a good sense of this from John P. Nielsen’s account of the event in The Reign of Nebuchadnezzar I in History and Historical Memory – the author, though, following the conventional view that Esarhaddon was significantly later in time:

For those familiar with the traditions surrounding Marduk communicated in the Marduk Prophecy, the god’s entry into Babylon with Šamaš-šumaukīn in 668 and the rejoicing of the crowds along the processional way that led to Esagil would have been understood as reassuringly consistent with what was believed to have occurred in the past [sic]. Esarhaddon undoubtedly intended such a reception for either himself or his son [sic] when he began laying the groundwork for Marduk’s return. However, it is only certain that the scholarly elite at the city knew of the tradition that held that Marduk had departed and returned to Babylon as far back in the past [sic] as the early Kassite Dynasty. Presumably there would have been among their numbers assembled that day men who has engaged in the discourse that had shaped Esarhaddon’s plans to return Marduk.

What is not known is how aware the common citizens of Babylon who witnessed the procession were of the traditions surrounding Marduk and the long–deceased [sic] kings such as Nebuchadnezzar I who had once led Marduk back into the city. However, given the shared aims of Esarhaddon and the Babylonian elite, it is possible to speculate on why and how some aspects of the Marduk tradition, including Nebuchadnezzar I’s part in that tradition, could have been communicated to the populace.

… by collaborating with Esarhaddon’s wishes to have Babylon rebuilt and Šamaš-šumaukīn installed as king, members of the Babylonian elite may have been viewed with resentment as Assyrian collaborators by factions opposed to Assyrian rule. …. For these reasons, it would also have been in the interest of Esarhaddon and pro-Esarhaddon Babylonians to present the coronation and return of Marduk as consistent with precedents from Babylon’s past. ….